Executive councils, boards, and bureaus appointed by and responsible to the Executive Cabinet.

The Legislative Branch shall consist of the Senate, in which only ASMSU Billings Senators, or the presiding officer, may vote.

The Senate membership shall be composed of: 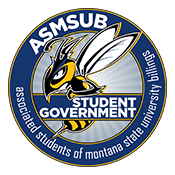