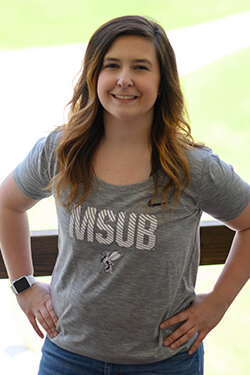 A popular face around campus at Montana State University Billings, Haylee Mooney has participated in more leadership endeavors than the average college student. Being drawn to MSUB by its uniqueness and affordability, she longed to follow a different path than her high school classmates. After choosing to study at MSUB, she truly found her place on campus throughout her undergraduate college career.

Mooney was not always set on her degree path, but honing her passion for leadership and working hands-on led her to switch majors after her sophomore year. “My decision to switch was not easy in the moment. I had a lot of doubt,” she said, “but the decision was rewarded in the HHP department.”

Mooney’s campus involvement began during her freshman year when she joined Student United Way. Through this organization, she has dedicated nearly 300 hours of volunteer service during her time at MSUB. Today, she serves as president of Student United Way, and as a Residence Assistant (RA).

It was as an RA that Mooney became aware of her important role as a campus leader.  During her first year of training, she felt welcomed by the family of students, advisors, and mentors that made her who she is today. Since then, she has served as an instrumental leader as an RA and gained recognition for her help in organizing campus events, coordinating schedules, and mentoring new students.

Mooney has exemplified the idea of becoming involved in something greater than oneself. In addition to her participation in numerous clubs, organizations, and initiatives, she is also active within her own degree area, serving on hiring committees, instructing HHP science labs, and working on the Yellowstone Science and Allied Health Building steering committee. She is incredibly invested in the direction of the institution and has done what she can to leave her mark on campus.

After graduation, Mooney plans on applying to physical therapy schools and ultimately becoming a physical therapist in a hospital. Her dream is to work in a veteran’s hospital rehabilitating Wounded Warriors.

“MSUB is a place where the more involved you get, the better it becomes – like a family. MSUB has been my home for the past 4 years, and I hope to have made even the slightest impact on it, as it has made a monumental impact on me!” 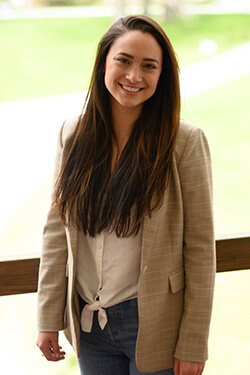 Two words to describe Megan Wilson’s successes: passion and family. Raised on a small ranch outside of Busby, Mont. on the Northern Cheyenne Reservation, Wilson grew up with a passion for healing and serving others. After obtaining her Elementary Education degree and teaching for several years, she decided to act upon this passion and move closer to family to begin her nursing degree from City College at MSU Billings.

Wilson comes from a family of professional and traditional healers. Her grandmother, Barbara Marie Wilson, was the first registered nurse of the Northern Cheyenne people, followed by many other family members also pursuing careers in healthcare. Given the Cheyenne name of Sweet Medicine Woman by her grandmother, Barbara One Bear Spang, Wilson’s devotion to healing is deep-rooted.

“I selected nursing because I enjoy helping people – it runs in my blood and in my spirit,” Wilson states.

Living on the Northern Cheyenne Reservation while attending school in Colstrip, Wilson grew up as a woman of two worlds. She believes that coexisting among these worlds has truly made the difference in her success, a quality she believes to be her greatest. While these realms may seem distant, they have allowed her to have empathy as well as perspective.

Wilson uses her culture and background to serve as an effective leader willing to help anyone in need. She has been recognized by many for her confidence and knowledge in all she attempts to accomplish, whether it is in her studies, or in life.

“Family is key, as the best parts of me are a culmination of the people and the places that raised me,” she shares. “I’m only a product of what everyone has given me.”

She reflects her history in everything that she does. When she is not attending lectures or studying for classes, Wilson spends her time hiking, reading, and coaching youth basketball in the summertime. Her heart lies near her family, as she loves visiting her childhood ranch to ride horses, work cows, and spend time with loved ones.

Wilson plans to work in alternative healthcare upon graduation, with a special interest in endocrine and fertility healthcare, as well as aesthetic nursing. Staying true to her roots, she also plans on working for the Indian Health Service in Lame Deer or the local Urban Indian Health and Wellness Center. 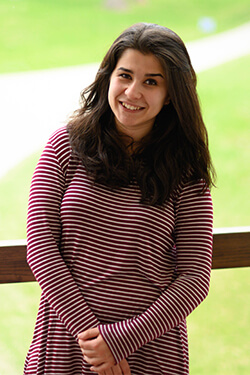 Although Miglena Ivanova had already obtained a degree in Tourism Management in her home country, she was drawn to Montana State University Billings to pursue her true passion, serving others. While she was not certain about pursing two degrees until starting her studies at MSUB, she soon discovered through a psychology class that the key to serving others is to understand both sides of the issue of substance abuse treatment, both clinical and scientific.

Montana has always held a soft spot in Ivanova’s heart, making her decision to study at MSUB a perfect fit. Throughout the course of her education, she has been recognized by faculty and her peers as a remarkable student in all that she does.

Campus and community involvement has truly made the difference for Ivanova during her time at MSUB, one of these endeavors being the University Honors Program. Under the mentorship of Dr. David Craig, she has gone above and beyond in her educational efforts, granting her several awards in addition to being the 2019 Golden Merit Award Recipient.

“Being nominated for the Honors Program really changed my whole MSUB experience,” she said. “I think getting that letter is the best thing that could have happened to me.”

The Honors Program opened many doors for Ivanova, including allowing her to participate in the annual Research, Creativity, and Community Involvement Conference as well as the Western Psychological Association Conference two years in a row. These opportunities have allowed her to reach her full potential and even earn some extra credits along the way.

Her campus involvement efforts do not stop there; she is currently a supplemental instructor through the Academic Support Center, where she has discovered her love for teaching.

Ivanova plans to move from Montana to acquire her Ph.D. and pursue research in Psychology. Her goal is to further her expertise before beginning to treat people, specifically on developmental disorders in children. From there, she plans to work in academia, teach, and perform further research.

“I would like to advise everyone to find ways to challenge themselves. This is the only way we can continue to grow – by pushing our limits and trying to do what we have not tried yet. No one made a difference by staying in their comfort zone. So, step out of it!”